Xinyuan Technology Co., a computer hardware company based in Shenzhen, has just signed a huge deal with Sesumg, a Jiangxi-based electronic component manufacturer. According to a report from AI Express, Xinyuan announced that they have signed a sales contract for a “Distributed Storage Center Project” with Jiangxi on March 15th. The entire project is set to cost 580 million yuan, or just over $89 million.

The overall revenue of the “Distributed Storage Center Project” will account for approximately 119% of the company’s audited operating revenue reported in 2019. Company representatives said that, if successfully completed, the new project will have a significant impact on its operating revenue and operating profits both in 2021 and in the following years. Xinyuan Technology also said that it will separately report the revenue and profit from the contract from the rest of its financials in all subsequent accounting periods and in accordance with the revenue recognition principles stated in the contracts.

A local Chinese news source reported that the company had actually placed a massive, $89 million order for IPFS (Filecoin) miners. According to Wu Blockchain, the company deliberately avoided mentioning the words “coin” or “cryptocurrency” in order to appease the Chinese government, which has been tightening its grip over cryptocurrency trading and ownership.

Xinyuan’s semi-annual report for 2020 showed that the company’s main business is special equipment manufacturing and software distribution, accounting for 67.83% and 32.17% of its total revenue, respectively. The addition of the new project to the company’s portfolio will not affect Xinyuan’s core business, the company explained in a statement.

According to a filing obtained by the Daily Economic News, Xinyuan made a net profit of $9.5 million on $74 million worth of revenue in 2019, with most of it coming from the manufacture and sale of industrial factory equipment. 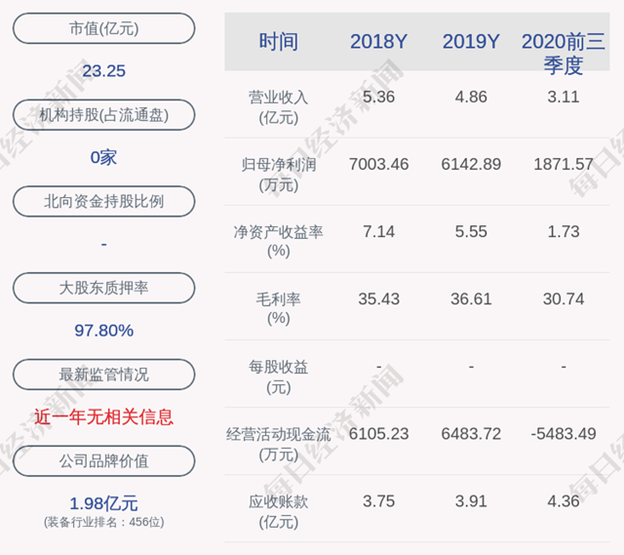 Screengrab showing the revenue for Xinyuan Technology Co. from 2018 to 2020

The first batch of delivery will see Sesumg ship 500 units of computing and 100 units of storage equipment to the company. This is the first time a publicly-listed company in China has entered into the Filecoin mining industry. In February this year, a major Chinese gaming company called The9, signed a $10 million agreement to purchase Filecoin mining equipment. The company is listed on NASDAQ and has already invested in cryptocurrency mining equipment.

The Filecoin network currently has over 3.3 exabytes of effective storage power, with the majority coming from companies within China. It’s an open-source, decentralized storage and payment system that enables users to pay to rent hard drive space with the native cryptocurrency—FIL. Miners on the network are essentially responsible for storing files correctly over time, and built on top of the existing IPFS (InterPlanetary File System) protocol that powers the distributed web.