On Mar. 15, the United States Federal Reserve announced a massive monetary stimulus campaign aimed at curbing the economic slowdown caused by the coronavirus outbreak. However, the Fed’s liquidity injection proved to be detrimental to the stock market, as CME futures have hit “limit down” levels, according to reports from CNBC.

To reduce panic in the market, the CME has introduced a 5% limit down, which prevents stocks from trading at a level below the limit. Despite these measures, the Dow Jones Industrial average futures were off by more than 1,000 points, while the S&P 500 and Nasdaq 100 futures were also at their downside limits.

Not immune to a complete downturn in the global economy, the crypto market also took heavy hits during the weekend and saw more than $74 billion wiped out from its market cap since the beginning of the month. Bitcoin, the world’s largest cryptocurrency, has lost more than 40 percent of its value in the past 7 days, data from CoinMarketCap has shown, pulling the rest of the market down with it. 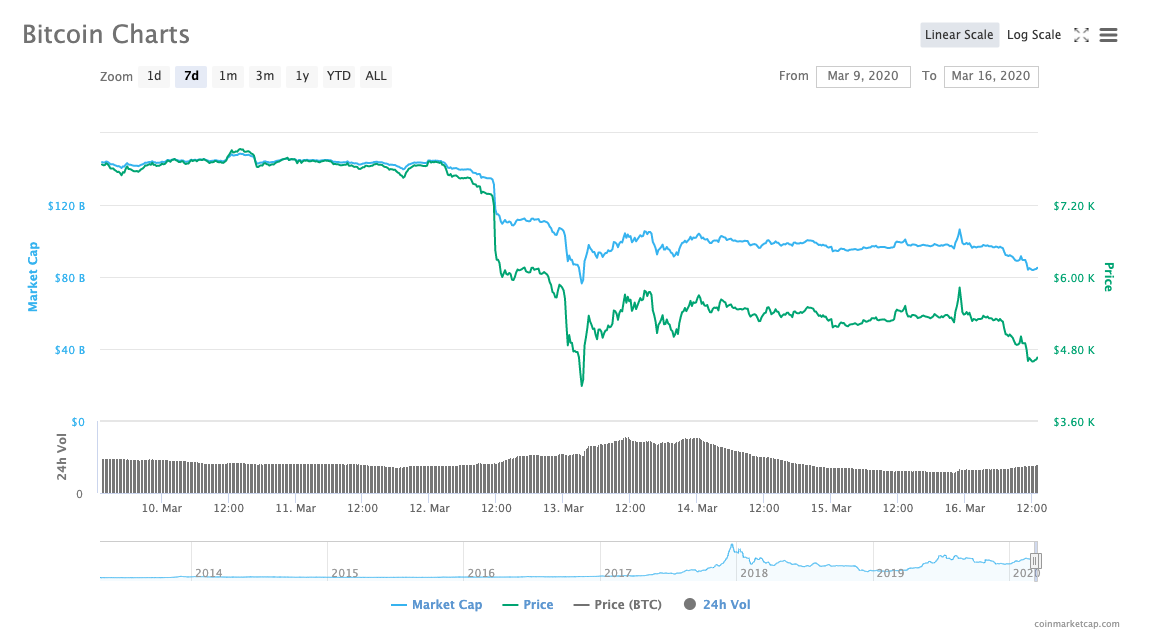 While rapidly declining prices might have challenged Bitcoin’s status as a safe haven asset, the latest move taken on by the world’s central banks has only managed to secure its position as the best hedge against fiat devaluation.

Namely, the Federal Reserve has embarked on an ambitious quantitative easing spree, injecting $700 billion into the U.S. economy to shelter it from the effects of the ongoing pandemic. The Federal Reserve has also cut its funds rate, which are used as a peg to many consumer interest rates, to essentially zero. CNBC reported that the rates will be targeted at 0% to 0.25% down from a previous target range of 1% to 1.25%.

“This, coupled with an important fiscal package, should help cushion the economic downside from the virus’ effect on economic activity,” said Quincy Krosby, chief market strategist at Prudential Financial.

The measures had an overwhelmingly negative effect on the markets, with confidence in stocks and derivatives being critically low during Monday’s opening.

They did, however, have an overwhelmingly positive effect on the general confidence in cryptocurrencies. While most experts and analysts acknowledged that the volatility is far from over, their confidence in Bitcoin as a hedge against inflation and government intervention seems to be at an all time high.

Many argued that despite price volatility it has experienced, it was made for times like these. They referenced the Genesis Block, the first Bitcoin block ever mined, where Bitcoin’s creator Satoshi Nakamoto embedded a message that seems to resonate with the crypto community.

The message contained the Jan. 3, 2008 front page heading from The Times: 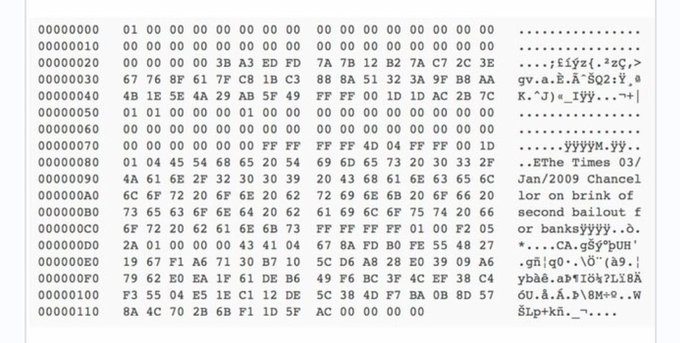 “The Times 03/Jan/2009 Chancellor on brink of second bailout for banks”.

Tyler Winklevoss, the CEO and co-founder of the Gemini crypto exchange, said that Bitcoin was still a hedge against the Fed’s quantitative easing. Michael Goldstein, the president of the Nakamoto Institute and host of the Noded podcast, said that Bitcoin was built as a response to the same $700 billion bailout from the Fed. Kraken’s CEO and co-founder Jesse Powell joked that this was a good time to leverage all hard assets and long Bitcoin.

So far, the only positive thing that has come out of the current market downturn is the fact that the confidence in cryptocurrencies has reversed its declining trend and seems to be going only upwards.