The Crypto Community Is Outraged With Coinbase’s Downtime

Bitcoin has had a rough weekend, where signs of a potential bull run have quickly wiped out by a dramatic downward spiral. While many were expecting Bitcoin to jump over the $10,000 mark in anticipation of the halving, the market did a complete turn and went down headfirst. 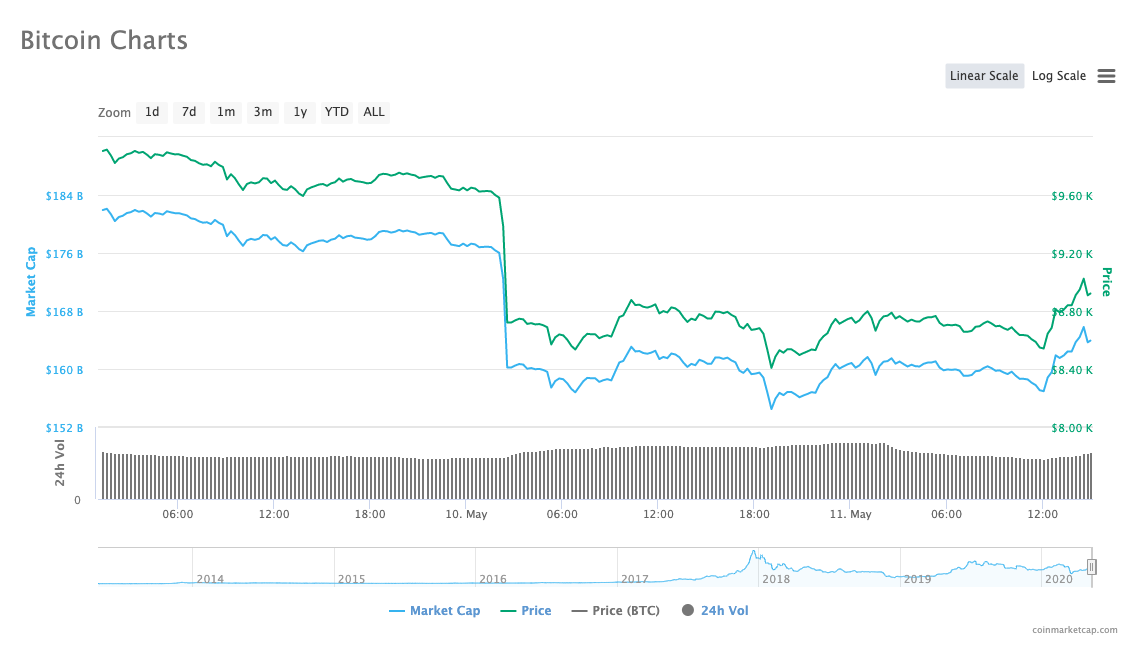 In the hours following Bitcoin’s massive slump, its price dropped to as low as $8,100 on some exchanges, causing a frenzy among traders who expected that the market would move in the completely opposite direction.

Nonetheless, Bitcoin’s massive slump was overshadowed by what many believed to be a much bigger problem for the industry—Coinbase’s outage.

According to the exchange’s status page, the Coinbase website, mobile app, and API website all experienced “partial outages” that began just after midnight on May 10, UTC time. The outages lasted for less than an hour in the U.S. West Coast, where San Francisco-based users were able to resume trading. The exchange began “investigating the issue” within 10 minutes of the first reports, and seemed to have managed to solve it completely within a few hours.

The biggest cryptocurrency exchange in the U.S. and one of the fastest-growing exchanges globally, Coinbase has enjoyed an image of a “trustworthy” bridge to the crypto industry in mainstream media. The crypto industry, on the other hand, doesn’t see Coinbase in such a positive light.

This isn’t the first time the exchange suffered “outages” during strong market movements—at the end of April, Coinbase also saw similar outages as Bitcoin’s price rallied 15% and pushed it to $9,000. The exchange also went down in mid-March, locking users out of their accounts as the crypto market plummeted as a result of the COVID-19 pandemic.

Coinbase’s customers have been criticizing the exchange for the outages, saying that there was no evidence of a significant spike in volume that might have caused congestions and led to downtime. Hundreds of people took to Twitter and other social media platforms to share screengrabs of the error messages they received when they tried to log into Coinbase.

The rest of the crypto community wasn’t amused, as well. Many criticized the exchange for repeatedly failing to fix what it claims to be a “congestion” issue. The exchange has been warned that both its investors and its users could leave, en masse, if issues like these keep getting dismissed.

Some even accused Coinbase of intentionally causing the outage, saying that the exchange wanted to act as a circuit breaker and stop trades before Bitcoin’s price sank too low.

However, many dismissed these accusations saying that the 5% fee Coinbase charges on every trade meant that the company wasn’t desperate for cash enough to play the market like that. Nonetheless, it seems that the distaste for Coinbase has been growing significantly in the past few weeks, culminating with its May 10 outage.

We are yet to hear from Coinbase on what might have caused the outage and find out whether it was implementing security measures that would prevent this from happening in the future.