After taking a heavy hit in mid-March, the crypto market has been in the green for the better part of the weekend, bringing much-needed confidence back into the industry. While it’s still too early to tell whether the current consolidation Bitcoin has seen is just a temporary boost or is here to stay, multiple other metrics present a long-term bullish case for the market.

Bitcoin broke through the $7,000 mark on Apr. 6 after spending four days hovering around $6,700. The market attempted to break the mark on Apr. 2 as well, but the comeback was ultimately unsuccessful as the coin managed to remain above $7,000 for about an hour.

Its current growth spurt most likely won’t be that short-lived. However, even if Bitcoin does retreat further, the breath of fresh air its upward momentum has brought to the market will have long-lasting consequences.

Namely, the recent market upturn has resulted in a drastically increased interest in the crypto space. The increased number of people entering the space are also becoming more interested in Bitcoin halving, one of the most significant events for the crypto market.

As the mining reward for Bitcoin mining reduces in half every year, its price tends to increase. This is due to the fact that reducing the rewards also reduces the number of new Bitcoins entering the market.

According to the latest data from cryptocurrency analytics firm Arcane Research, there has been a huge uptick in searches for “Bitcoin halving.” The company’s data showed that the search volume for the event has been accelerating as the May halving approaches. If the search volume for Bitcoin halving continues to rise throughout the following weeks, it will reach levels twice as high as those seen around the previous halving that took place in 2016, the company said. 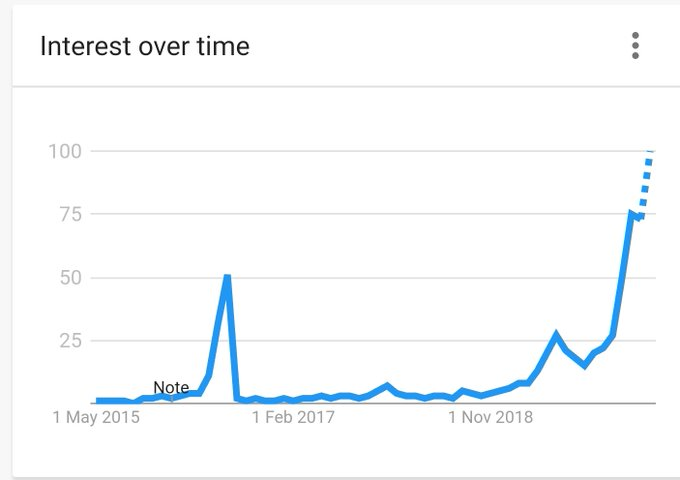 With the majority of the market expecting the halving to have a significant effect on Bitcoin’s price, the surge in interest in the event is easy to understand. The impending financial crisis caused by the coronavirus outbreak and uncertainty regarding the stability of fiat currencies has pushed people to search for alternative investment vehicles to put their savings in.

Some analysts suggested that if Bitcoin were to follow the patterns of the previous two halvings, it could be adding another zero to its price. PlanB, a well-known crypto analyst, said that the stock-to-flow model determined by comparing present inventory to production suggests it could increase in value tenfold.

However, even if some of the most reserved predictions for Bitcoin come true, it could see its price increase up to 10 percent in the months following the halving. TradeBlock, a provider of institutional trading tools for digital currencies, estimates that the breakeven cost to mine Bitcoin would exceed $7,300 after the halving. The company expects Bitcoin to rise well above the estimated levels if the event plays out similarly to the previous two halvings.