While the crypto industry is still trying to regain its strength after being hit hard by the COVID-19 outbreak, Bitcoin could see another major hurdle in the following weeks.

The dreaded flood season has begun in China’s Sichuan province, which is home to some of the largest mining operations in the world. Last year, heavy rainfall that began in mid-August lasting for several days caused massive floods and mudslides that destroyed several mining operations. While the damages done in August were estimated to be in the millions of dollars, both in lost equipment and funds that could have been mined, local reports noted that the 2018 season had been significantly more damaging.

A local mining farm based in Sichuan, China was DEVASTATED by the recent heavy rainfall in the region, video attached 1/2 pic.twitter.com/CvdEAUeq3x

However, a much worse flood season could be upon us, according to reports directly from Sichuan.

A report from Caixin said that massive floods followed by mudslide began on June 9th, destroying crops, houses, and mining farms in several regions. The floods have raged through 11 provinces in China, including Guangxi, Guizhou, Hunan, Fujian, and Sichuan, affecting over 2.6 million people. More than 1,300 houses have been destroyed in the past week alone, with damages estimated to be over 4 billion yuan.

A mudslide occurred today in a town in Sichuan province, destroying several local #Mining farms. More than 20,000 people had been evacuated and two people were missing. At present, Sichuan has entered a high incidence of debris flows. This year is worse than past years. #Bitcoin

According to a local news report, the Meilong Power Station, able to produce around 2,000KW of power, has been destroyed in the floods, while the larger Aniangou Power Station is currently under threat.

Densely populated with hydroelectric power plants, the region is a hotspot for Bitcoin mining farms, which are currently under threat both from being flooded and losing access to electricity.

Sichuan got into flood season , resulted mudslides in multiple places in Aba, liangshan, and Ganzi where most mining farms are located pic.twitter.com/8BNl23FjLi

If more hydroelectric power plants shut down due to damages from the floods, dozens of mining operations could see the access to their main source of electricity shut down. While some could find an alternative source of power, it would be drastically more expensive than the cheap hydroelectricity Sichuan is known for. This poses two sets of problems for those mine operators—defending their setups from floods and finding alternative sources of power. It’s highly unlikely that miners will do whatever it takes to continue operating, as it would make more financial sense to shut down operations and wait for the floods to pass.

Last year during the flood season, a mining farm operator told 8BTC that some machines could work after they’ve been rescued from the floods and mudslides, but it would incur an additional cost to the miner. He noted that larger operations most likely weren’t going to be affected by the floods, as they’d be constructed either on stilts or on higher ground away from the river. Those that suffered the most damage that year were smaller and illegal operations built on the river bank or within smaller hydroelectric power plants.

This could also be the case this year, as Bitcoin’s hashrate hasn’t suffered much in the days since the floods began. We are yet to see how this will affect the hashrate in the long term, as raw data from Blockchain.com showed that it has been in decline since June 12th. 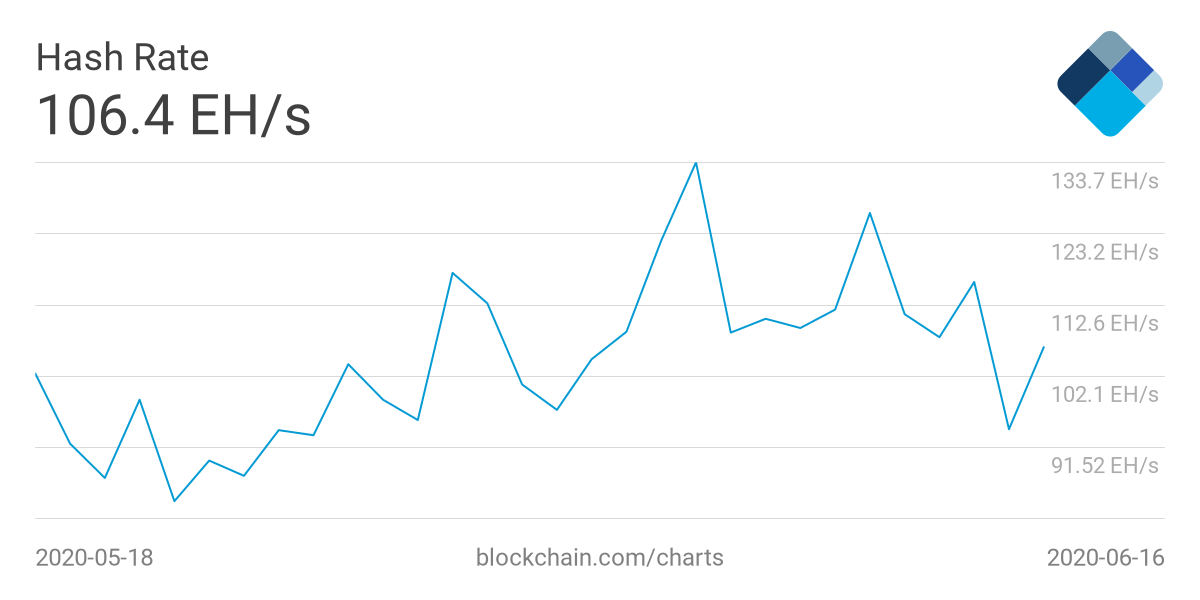