More People Withdrawing BTC From Exchanges Could be a Bullish Sign

The crypto industry has taken a huge hit this month, at one point even seeing more than $70 billion wiped out from its market cap. The price of Bitcoin dropped to as low as $3,800 on some exchanges on Mar. 12, leaving many worried about the future of the entire crypto industry.

While intense volatility has almost been synonymous with the crypto market, few expected that price swings as violent as that would happen less than two months before Bitcoin’s halving, an event that many believed would set its price flying to the moon.

This, as we all know, was not the case, and the crypto market took several heavy blows caused by the global financial downturn. The same week Bitcoin fell to its two-year low, the stock market saw its worst day since the Black Monday in 1987. Dow Jones’ jaw-dropping 1000 point slump made it look like the global financial market was reaching its breaking point.

But then, the confidence in cryptocurrencies began to increase and the market entered a two-week long consolidation phase, bringing Bitcoin closer to its critical $7,000 support level.

However, while many are yet to regain the confidence in cryptocurrencies, recent data has discovered a sign that could be incredibly bullish for Bitcoin.

According to a report from crypto analytics firm Glassnode, there has been an increase in the amount of funds withdrawn from cryptocurrency exchanges in the past week.

In a Mar. 27 tweet, the company explained that cryptocurrency exchanges have seen a significant outflow of Bitcoin that has been increasing every day since Mar. 18, which led them to register the lowest Bitcoin balances in the past eight months.

Glassnode’s data showed that there are currently around 250,000 BTC held in exchanges, a stark drop from the 425,000 levels recorded in mid-January. 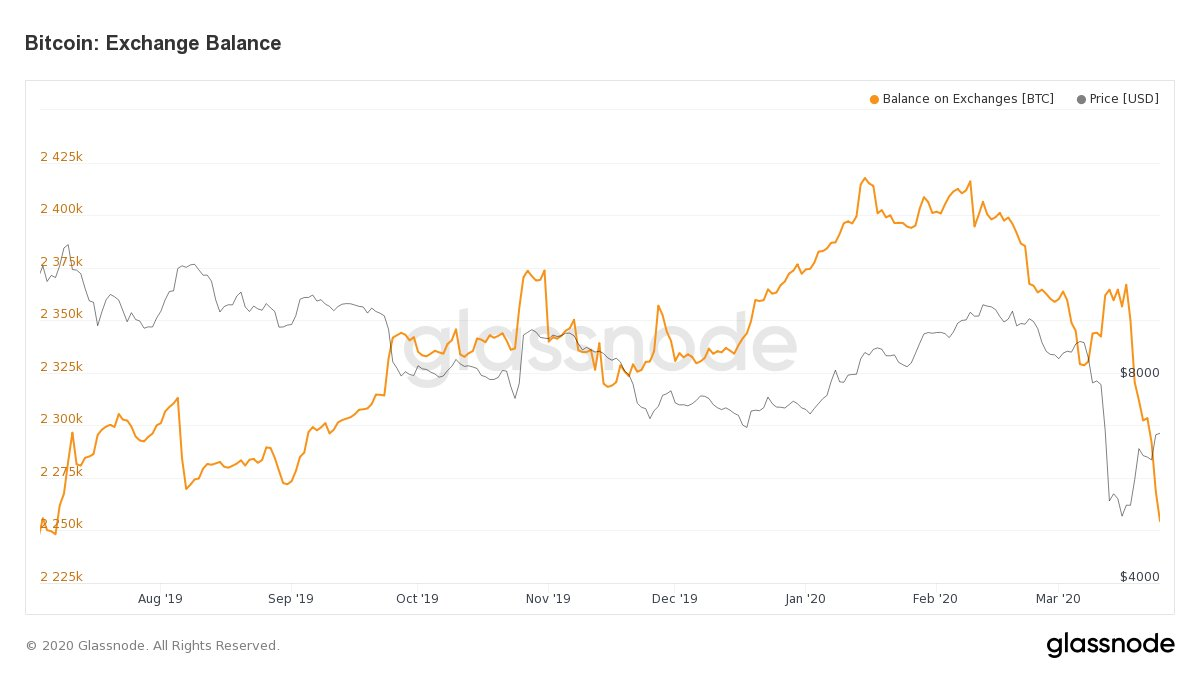 The company shared another metric that shows just how much value has been moved out of exchanges this month. Data that tracked the net transfer volume of Bitcoin to and from exchanges showed a huge increase in withdrawals. The only time when more Bitcoin was being withdrawn from exchanges in the past year was in May 2019, Glassnode data has shown. 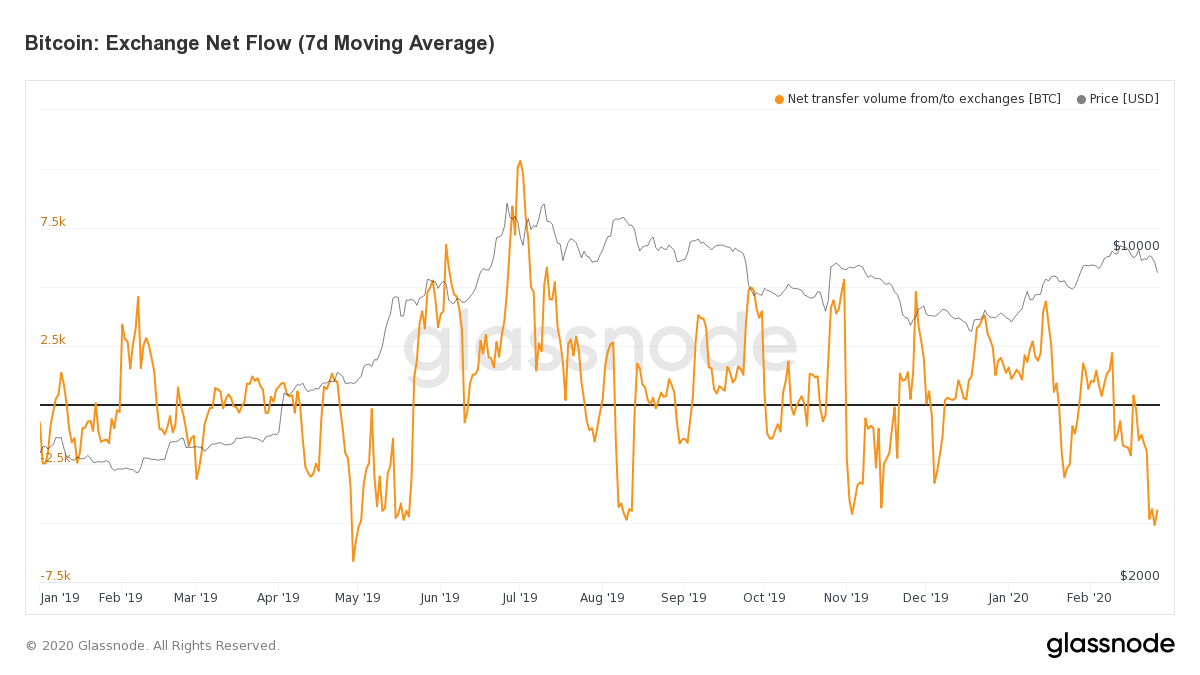 Chart showing the net transfer volume of Bitcoin to and from exchanges from Jan. 2019 to Mar. 2020. (Source: Glassnode)

It’s unclear whether or not the movement came from accounts holding large amounts of Bitcoin. Nonetheless, many interpreted this as an incredibly bullish move for Bitcoin, as it showed that those more people were moving their funds from exchanges into more secure wallets.

This could indicate that there has been an uptick in people that see Bitcoin as a store of value, and not a speculative asset. To increase security and avoid the temptation to sell, Bitcoin holders could be moving their funds to personal wallets to wait out for a new bull run analysts are predicting will happen soon.