Is the Narrative of Bitcoin Being a Safe Haven Asset Failing?

Created from the rubbles of the post-2008 financial market, Bitcoin was touted as a safe haven asset completely independent from the rest of the economy. As such, the digital coin became a symbol of financial freedom and decentralization.

However, despite its incredible performance over the past decade, Bitcoin has taken a massive hit this week, losing as much as 47 percent of its value in less than 24 hours. 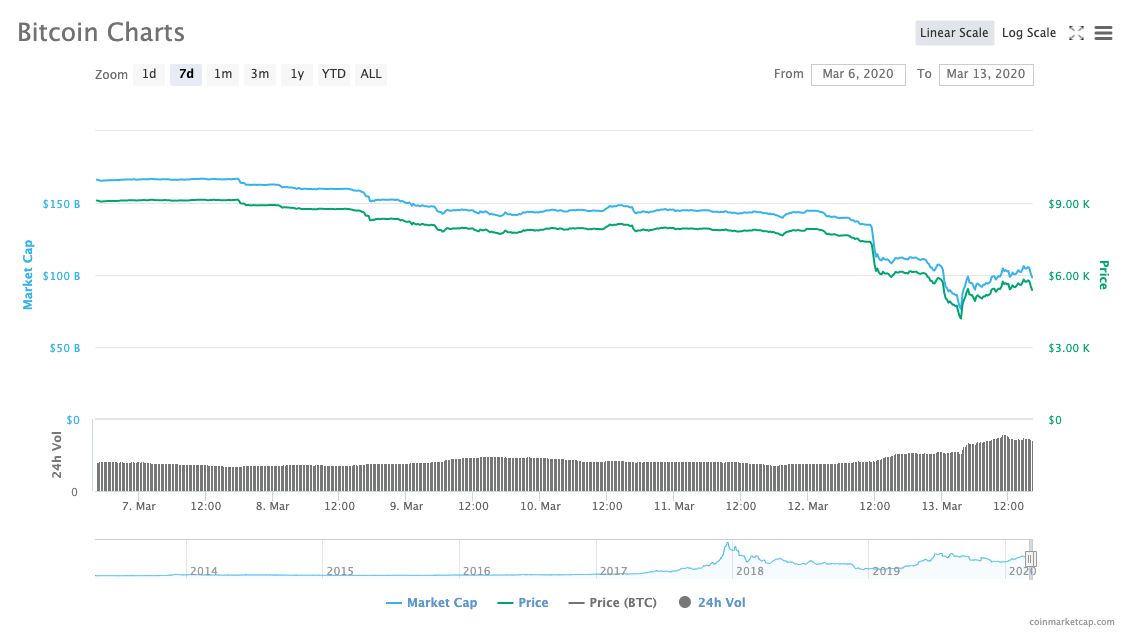 The panic surrounding the rapid spread of the coronavirus pandemic has triggered a massive sell-off across all assets, with the DOW Jones Industrial Average seeing its biggest one-day drop in more than 30 years. The crisis was further exacerbated by the breakup of the OPEC alliance and the subsequent 30% drop oil prices have seen.

Despite it mostly being used as an investment asset, Bitcoin is highly liquid and, as such, was the first to go down once the stock market crashed.

Evan Kuo, the CEO and co-founder of synthetic commodity-money Ampleforth, said that investors looking to protect themselves from further losses on the stock markets will most likely first retreat into dollars and bonds. This means that the confidence in Bitcoin as a safe haven asset among institutional investors has been steadily declining.

However, while it might seem that more and more people are turning their backs to Bitcoin, it’s ability to act as a safe haven asset hasn’t completely disappeared. Earlier this week, the CEO of crypto hedge fund BitBull Capital Joe Di Pasquale, told Forbes that the recent sell-off is nothing more than risk aversion. This, he explains, doesn’t necessarily invalidate its safe haven status.

Even Edward Snowden chimed in on the matter, saying that the drop was caused by “too much panic and too little reason.”

Zooming out reveals that it’s only Bitcoin’s value in fiat that is plummeting. Apart from its struggling price, Bitcoin has shown very strong fundamentals throughout the week. Its hash rate hasn’t lost the upward momentum it gained this time last year, and has reached 124 million TH/s on Mar. 12.

While it’s true that the narrative that Bitcoin was a fail-safe addition to any investment portfolio has failed, its position as a safe haven asset still has time to recover. It’s important to remember that cryptocurrencies were created as a hedge against the devaluation of fiat currencies fueled by banks, not as a hedge against a crashing stock market.

In a financial crisis, where cash is scarce and highly valued, Bitcoin has few value propositions good enough to convince you not to sell it. However, in a world where cash is worth less than the paper it’s printed on, Bitcoin might be one of the few assets you’d dare to save.