While Bitcoin has long been considered a safe-haven asset immune to economic turmoil felt globally, it turns out that the world’s largest cryptocurrency bleeds with the rest of the market. Fears over the coronavirus outbreak have put a huge strain on the global economy—both the U.S. and the U.K. stock markets saw their worst days since the 2008 crisis.

Analysts argued that panic triggered by the virus outbreak was responsible for the massive selloff, which then sent waves of instability throughout the rest of the economy.

Bitcoin also took quite a heavy hit—it dropped by more than 15 percent in less than two days. 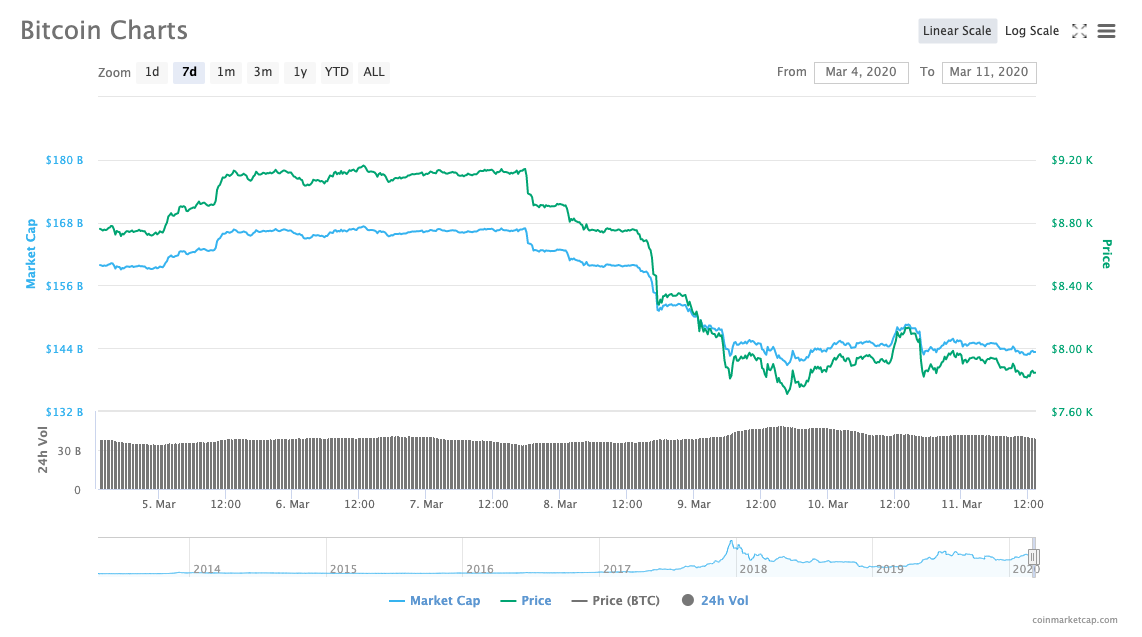 Graph showing Bitcoin’s price in the past 7 days

The massive selloff Bitcoin has seen in the past few days doesn’t necessarily mean that the coin is doomed. To get a better understanding of its recent volatility, a recent report from Glassnode dove deep into its fundamentals and reached an interesting conclusion.

Glassnode’s data showed that long-term hodlers have been largely indifferent to Bitcoin’s latest drop, with the majority of the selling being done by short-term traders.

According to the report, long-term holders usually stay confident and wait for the price to increase again in periods of increased Bitcoin volatility. Glassnode attributed this to the fact that they have most likely been through several bear markets and are accustomed to aggressive price swings. Unlike short-term traders who see Bitcoin as just another speculative asset, long-term hodlers seem to be more interested in the cryptocurrency for ideological reasons.

The long-term hodler SOPR has held above 1 ever since the last bear market, indicating that they aren’t inclined to sell at a loss. 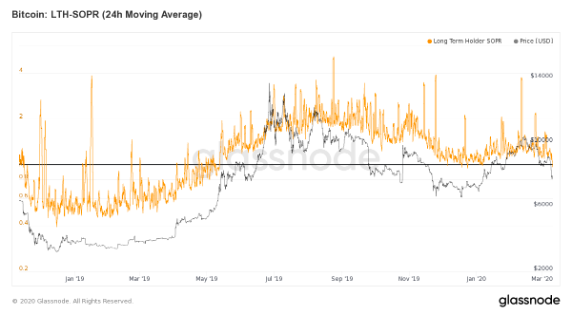 When applied to short-term hodlers, the SOPR metric showed that they were more likely to sell at a loss, Glassnode explained in the report.

To further illustrate this trend, the report highlighted the Spent Output Age Bands (SOAB) metric, which represents the percentage of spent outputs on a given day which were a certain age. The metric is used to show whether long-term holders or short-term holders are responsible for more of the total on-chain transactions in a given time period.

While transactions from both short-term and long-term hodlers remained within standard fluctuations since last week, a significant increase was seen in certain age bands. 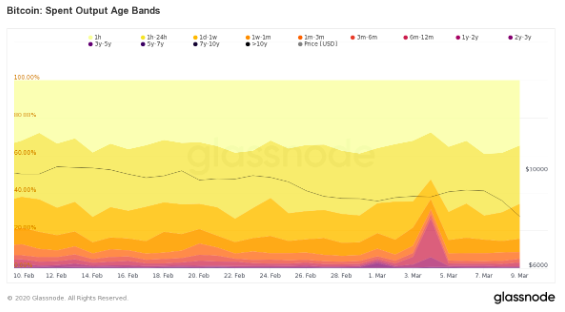 The biggest increase was seen in the one day to one week age band, where selling activity increased from 12 to 18 percent since Mar 7. Traders that have owned Bitcoin for one to three months have also been selling less, as were those that held Bitcoin for one or two years.