While blockchain technology has been heavily discussed and promoted in China, digital assets themselves have fallen into the shadow of the country’s upcoming digital yuan. However, this might soon become a thing of the past as the latest reports from China show that the country’s Communist Party has taken up a massive effort to promote cryptocurrencies.

In the early morning hours of Sep. 25, multiple state-run media outlets in China began their daily reports with a heavy focus on cryptocurrencies. China Central Television (CCTV), the country’s biggest TV broadcaster, aired a three-minute-long segment that highlighted the massive success crypto assets have seen in the past year. According to the report, some “cryptoassets” have soared more than 70% since the beginning of the year, a huge success for a still underrepresented and unknown market.

Cryptocurrencies, the report explained, can now be undoubtedly be seen as the top-performing investment asset in the world. During the report, it was speculated that the stimulus checks people received as part of the COVID-19 fiscal relief were what fueled the massive growth of decentralized finance (DeFi) applications on Ethereum. 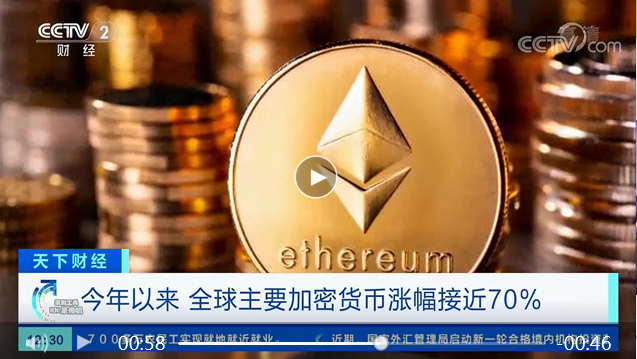 Xinhua’s Thursday report called cryptocurrencies “the best-performing asset this year,” citing a Bloomberg report that revealed that its Galaxy Cryptocurrency Index was up about 65% since the beginning of the year. The news outlet pinpointed Ethereum and the massive growth it has seen this year as the main culprit behind these results. 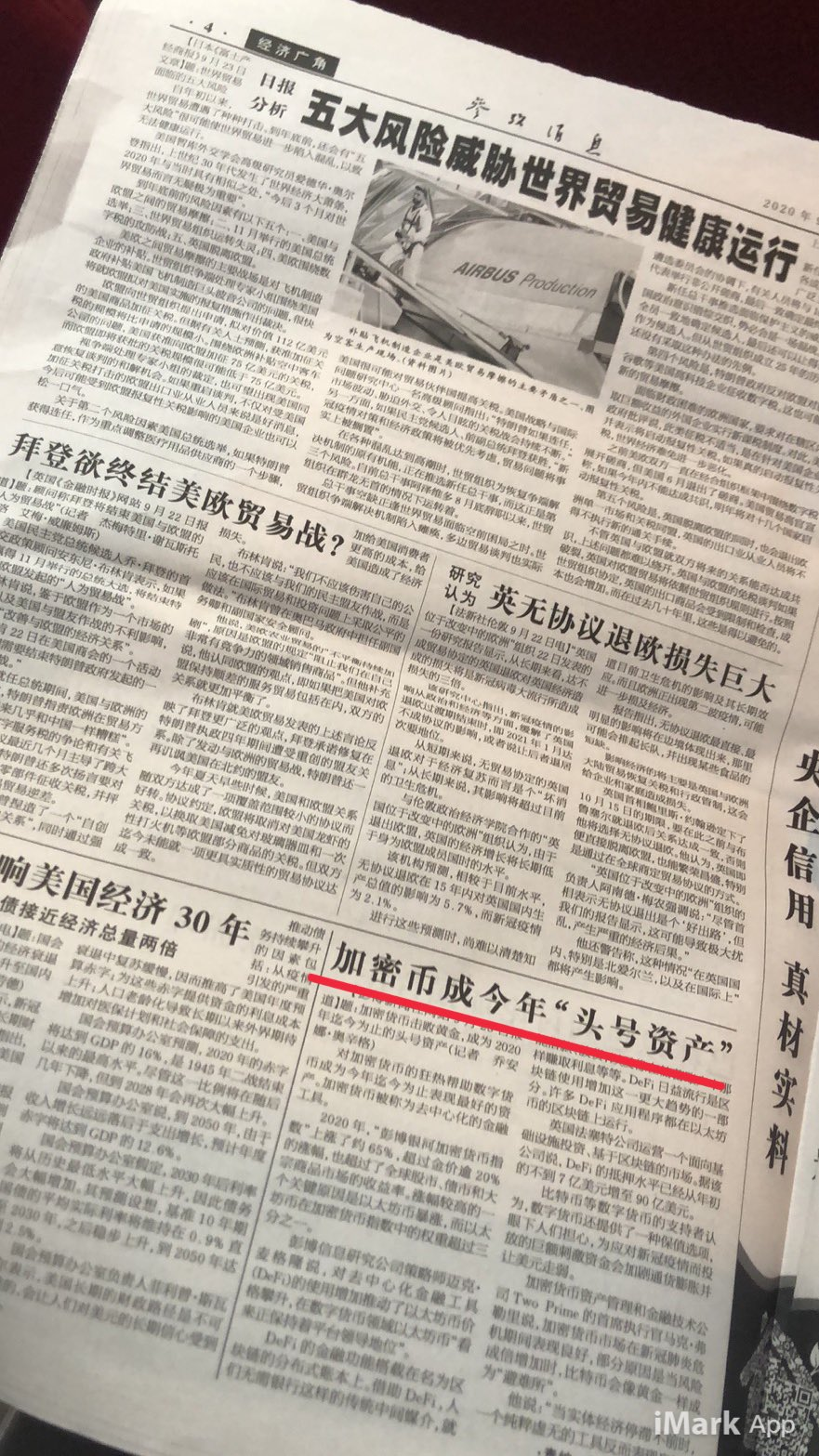 Screengrabs of articles and snippets of CCTV’s segments quickly began circulating on Chinese social media platforms, especially Weibo, prompting many to question the motives behind this obviously coordinated promotional campaign.

While some saw this as a massive step forward for China, which has been keeping a tight grip over cryptocurrency trading, others weren’t all that convinced that this will lead to more loose measures regarding cryptocurrencies. Dovey Wan, the founding partner at Primitive Ventures, said that most of the crypto community outside of China saw this as a bullish signal, as the widespread coverage of crypto assets would most likely attract new people into space.

However, she noted that a large percentage of people in China commenting on the issue were less optimistic, with many seeing it as a topping signal. Wan’s own opinion isn’t all black and white, though. She explained that she had a hard time reading this signal as being simply bullish or bearish—the whole ordeal is much more nuanced and requires more careful interpretation, she said on Twitter.

But, just a few hours after the heavy promotion of cryptocurrencies made shockwaves in China, the public managed to get a slightly better understanding of the campaign’s innuendo. Namely, a report from CCTV2 aired later today focused on the People’s Bank of China (PBoC) and its plan to accelerate the adoption of DCEP. The country’s national bank announced plans to expand the scope of beta tests of the digital yuan, which means that they will both be including more people in the tests and including more functionalities.