Last week, the global cryptocurrency industry took a major hit when Sichuan’s local government ordered the suspension of 26 large Bitcoin mining farms. The Sichuan Development and Reform Commission and Energy Bureau issued a notice on June 18th, requiring 26 “suspected key projects” involved with virtual currency mining to shut down before June 20th. According to the notice, all power generation companies were also required to stop supplying electricity to all virtual currency mining projects in the region and report the ratification of the decision by 25th June.

And while an impending “mining ban” in Sichuan has been heavily discussed in the previous weeks, the crypto industry still took a hit when the region’s largest mining operations began shutting down their devices in an effort to relocate. Soon after, a logistics firm from Guangzhou confirmed to CNBC that it’s airlifting around 3,000 kg of bitcoin mining machines from mainland China to Maryland, USA. 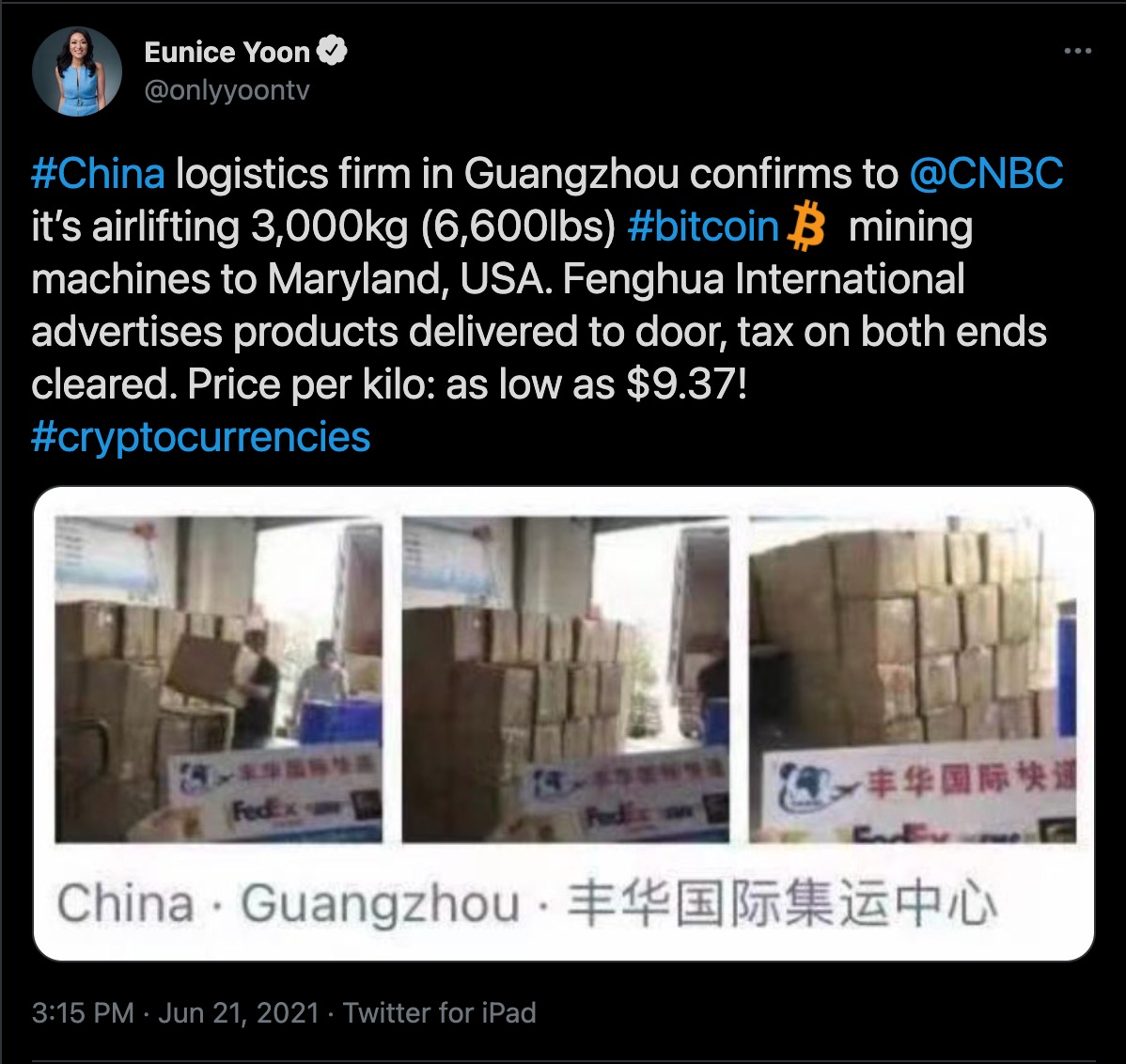 On June 21st, BTCM, a Nasdaq-listed company acquired by the BTC.com mining pool, said that 320 mining machines have arrived at its new farm in Kazakhstan. The second and third batches, totaling 2,600 machines, are expected to arrive on July 1st. BTCM was among the first large farms to suspend its operations in Sichuan, beginning its relocation on June 19th.

All of this has significantly affected Bitcoin’s price, with the market pushing it down to as low as $31,000. The sudden price drop has affected the entire crypto market, taking even the most high-performing altcoins down with it.

However, the decrease in price almost all cryptocurrencies have seen wasn’t followed by a drop in mining efficiency. According to Colin Wu, a Chinese cryptocurrency reported posting on the Wu Blockchain Twitter account, the crackdown on Bitcoin mining hasn’t affected Filecoin and Chia mining in the country.

Both decentralized file-sharing protocols have seen a huge increase in popularity in China, where the majority of their computing power comes from. However, the government’s crackdown on Bitcoin mining farms is caused by its huge electricity consumption, not the actual act of mining. With both Filecoin and Chia mining requiring drastically less electricity, they have managed to stay largely unaffected by the ban, experiencing only a slight drop in computing power in the past couple of days.

According to data from the Chia Explorer, the total space allocated to the Chia network recorded on June 21st was just under 27,500 pebibytes (PiB). This represents a slight drop from its Netspace recorded earlier in the day, which was just over 27,800 PiB.

Wu noted that the Bitcoin miners that have kept their equipment in China might switch to mining either Filecoin or Chia. This hypothesis will be tested in the following weeks—if true, the market should see a significant rise in Filecoin’s and Chia’s network storage power.