Bitcoin Cash, the fifth-largest cryptocurrency by market cap and Bitcoin’s most famous offshoot, has undergone its first halving. The event reduces the rewards miners get for completing a block on the network and happens every 210,000 blocks in order to maintain a fixed supply rate of 21 million coins. Today’s halving reduced the block mining reward for Bitcoin Cash from 12.5 BCH to 6.23 BCH.

While it’s still too early to tell the full scope of the impact the halving had on the Bitcoin Cash network, analyzing some of its fundamentals could help paint a better picture of what’s in store of the bitcoin fork.

Until now, none of the predictions for Bitcoin Cash and its halving were very positive. Earlier in April, CoinMetrics concluded that the Bitcoin Cash halving could push miners to capitulate and move to more profitable networks. Its State of the Network report found that there was a high chance that BCH miners would move en masse and direct their hash power to Bitcoin, as the network still has a 12.5 BTC block mining reward. Bitcoin’s own halving isn’t set to happen for another month.

Yesterday, 8BTC reported that it’s not only the network’s hashrate that could suffer from the halving, as a large-scale migration would also have a negative impact on market sentiment.

Looking at the Bitcoin Cash hash rate reveals that there has been a sharp drop from 3.9 EH/s to 3.2 EH/s in the hours following the halving. 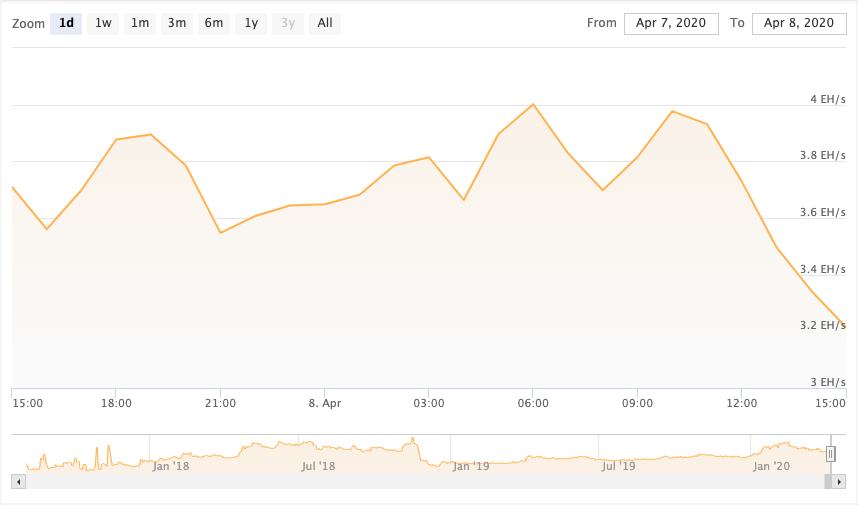 While this might seem like an incredibly steep decline and one that could be a direct result of a large number of miners migrating from the network, zooming out even further reveals that the drop is within the normal swings seen on the network.

Looking at the 30-day hash rate for BCH reveals that while the 3.9 EH/s levels are far from the monthly highs of 4.4 EH/s, the drop is also significantly higher than the monthly low of 2.5 EH/s. 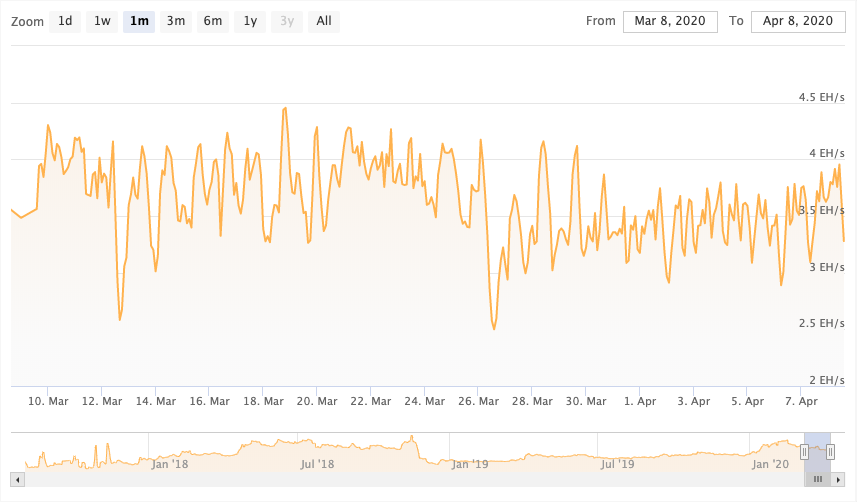 The coin’s price also took a steep downturn in the hours following the halving, dropping by more than 5% in less than an hour. At around noon UTC, BCH was trading for around $277 according to data from CoinMarketCap, but dropped to $262 in just 45 minutes. The sharp drop comes after a 7-day buildup from $218. 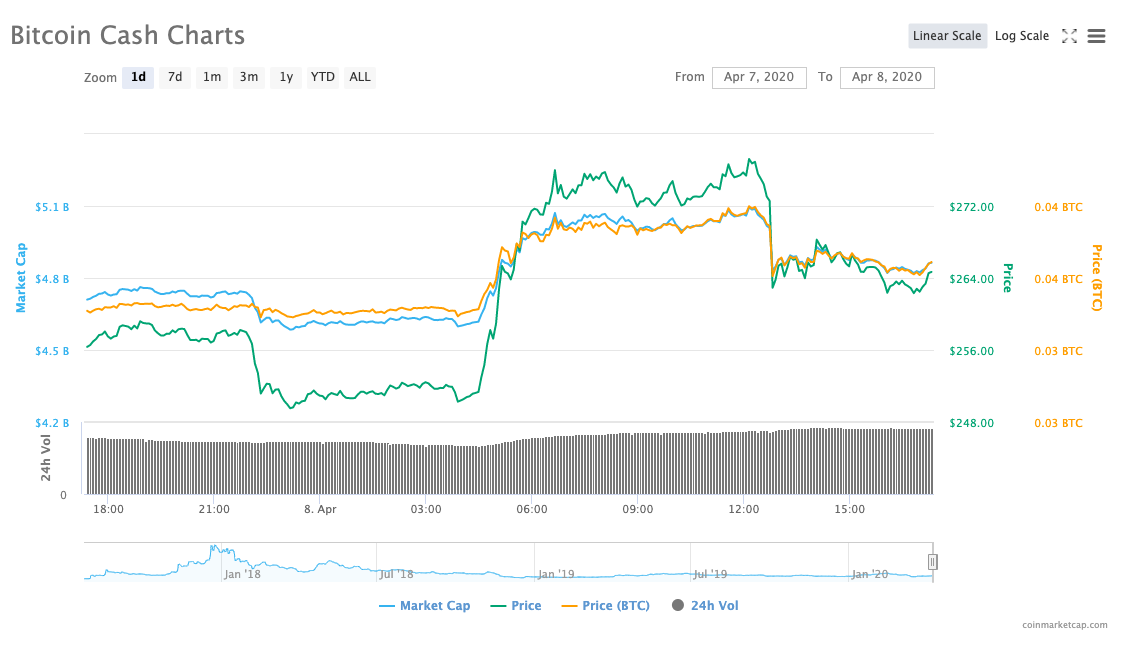 However, the drop in BCH price shouldn’t be of that much concern to holders as the majority of them would still be able to realize a significant profit. According to data from IntoTheBlock, 84.79% of the addresses on the Bitcoin Cash network would realize a profit if they were to sell off all of their holdings today. 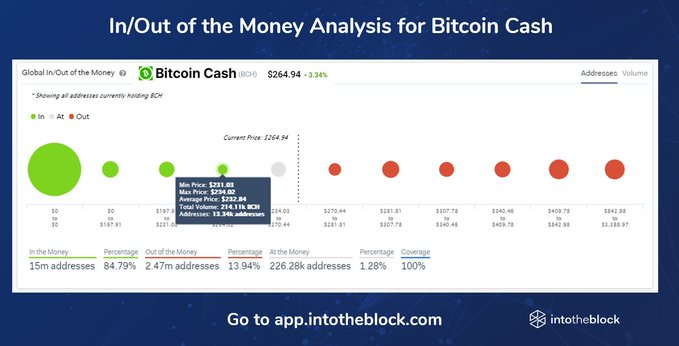 Illustration showing the percentage of BCH holders that would realize a profit at current prices (Source: IntoTheBlock)

It’s still unclear whether or not IntoTheBlock’s above-mentioned metrics have any correlation to the uptick in new addresses being made on the Bitcoin Cash network. According to the company’s data, 83,000 new addresses were created on Apr. 7 alone, representing a 377% increase in the past 7 days.