Binance users could see a major new addition to its platform, according to the latest leak from its development team. Earlier today, the official Binance Twitter handle teased about adding options trading to the exchange, sharing a picture showing a slew of new features that are about to be tested on the platform.

Aside from introducing the ability to sell cryptocurrencies to a cash balance, Binance will most likely be introducing options trading on its platform. 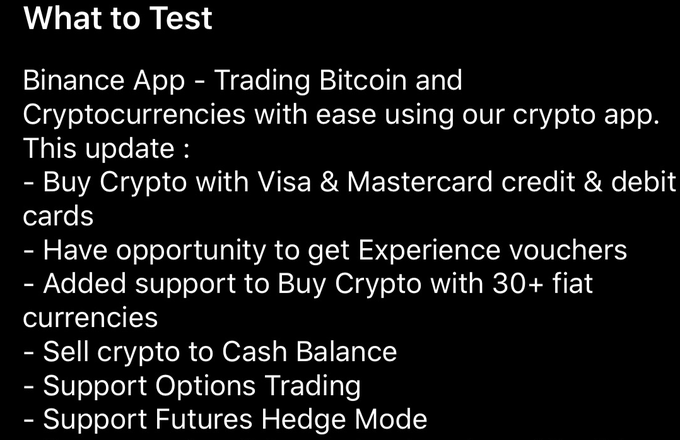 Screengrab showing the list of features to be tested on Binance’s TestFlight.  (Source: Binance)

Soon after Binance teased about the upcoming options trading addition, Changpeng Zhao, the exchange’s CEO, shared a screengrab of the platform showing what the addition would look like. Aside from regular spot and margin trading, Binance will now offer a full scope of derivative trading products, including futures and options. 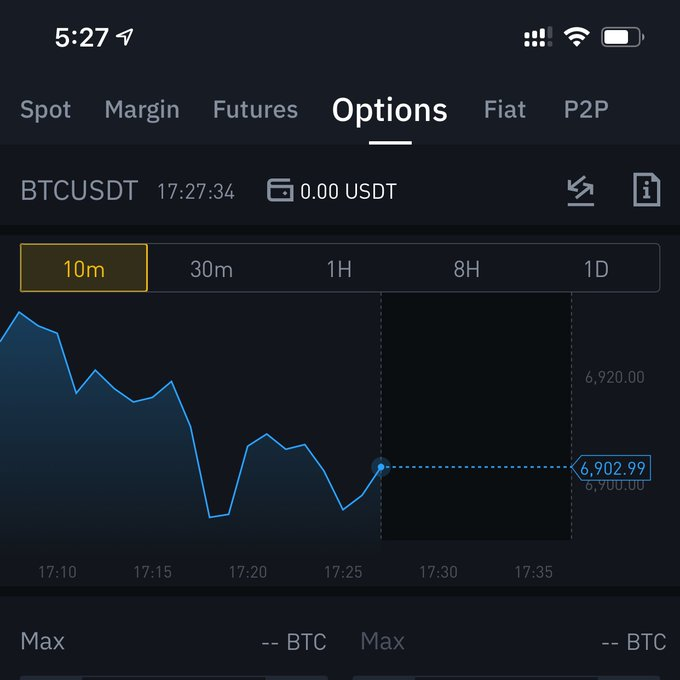 However, the news about a possible addition of options trading to one of the largest cryptocurrency exchanges in the world left the crypto community divided.

Some celebrated the move, saying that having a platform as established and well-known as Binance list a comprehensive array of derivatives would do wonders for liquidity on the market. Most professional traders see options as one of the most useful trading products, which could result in a new type of customers flocking to the exchange.

Others questioned the timing behind the new addition, saying that it was just last month that Binance delisted the increasingly popular FTX leveraged tokens for being too complex to understand. The exchange said that the tokens caused a lot of user confusion on the platform and resulted in massive losses for its traders.

However, Sam Bankman-Fried, the CEO of FTX, said that Binance most likely delisted the tokens because it didn’t want to manage customer support and focus on educating its users about the relatively new product.

But, no matter how big the addition of options trading is for the industry, it’s still just a drop in the bucket when it comes to Binance’s overall expansion strategy.

Last month, Bloomberg reported that the exchange was looking to conquer Singapore and take advantage of the new Payment Services Act recently adopted by its government. Binance Academy, the exchange’s non-profit educational arm, has set its sight on China, where it established a blockchain research institute. The Lingang Research Institute is to be a hub for blockchain talent, a base to explore breakthroughs in blockchain technology and accelerate its application.

Aside from that, Binance has also made a $400 bid for CoinMarketCap, the most popular cryptocurrency price tracker on the market. The company also announced the launch of a $50 million joint initiative “Blockchain for India,” aimed at supporting the development and growth of blockchain startups in India, the world’s second most-populated country.

With a Binance mining pool coming soon as well, it’s safe to say that the economic meltdown the world’s currently witnessing has had very little effect on Binance.