The recent economic downturn has, literally, left no stone unturned, hitting stocks, bonds, equities, commodities, and cryptocurrencies almost equally as hard. Considered a “safe haven” asset by many, Bitcoin caught the market off-guard when it dropped to as low as $3,800 on some exchanges two weeks ago.

The same week, the stock market has seen its worst day since 1987’s Black Monday, with some indexes such as the Dow Jones dropping by as much as 1000 points. Almost the entire global financial system looked like it was reaching its breaking point, threatening to spiral into a crisis that would put that of 2008 to shame.

However, as Bitcoin, and subsequently other cryptocurrencies, began to rebound, the hope that it might help investors hedge the global crisis returned. Prominent cryptocurrency analyst Willy Woo offered one of the most optimistic predictions for the crypto market, repeating the theory he laid out back in 2018:

“I think BTC will flash dump, then moon afterwards, just like with gold in [the] World Financial Crisis in 2008.”

Last week, the analyst revisited his prediction, reaffirming that a massive rally could follow the latest drop as the number of investors fleeing to the safety of fiat currencies decreases. Once the bottom is in, a strong bullish pressure will be created that’s bound to push its price up, he explained.

This, he said earlier today, has most likely already begun.

Bitcoin’s latest rally, which created a strong $6,000 support, indicates that the world’s largest cryptocurrency might have already begun the process of decoupling from the global financial markets. The stock market is yet to slow down its downward spiral, while Bitcoin has rallied almost 30 percent in the past week alone. 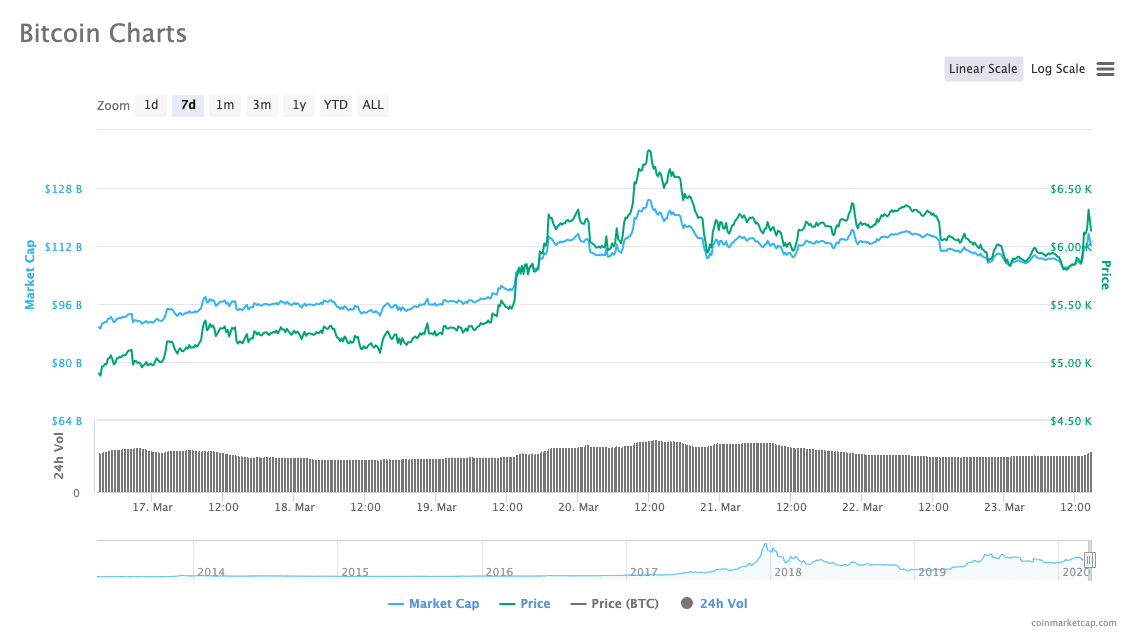 Woo believes that both gold and Bitcoin have been hinting at decoupling from the S&P 500 Index since Mar. 16. In a chart shared on Twitter, Woo said that while gold might be forming a double bottom, Bitcoin was likely on its way to form an accumulation pattern.

Gold and BTC hinting at a de-coupling from the SP500 starting 3 days ago. Gold may be forming a double bottom, while BTC maybe forming an accumulation pattern. pic.twitter.com/BTNROmZYtC 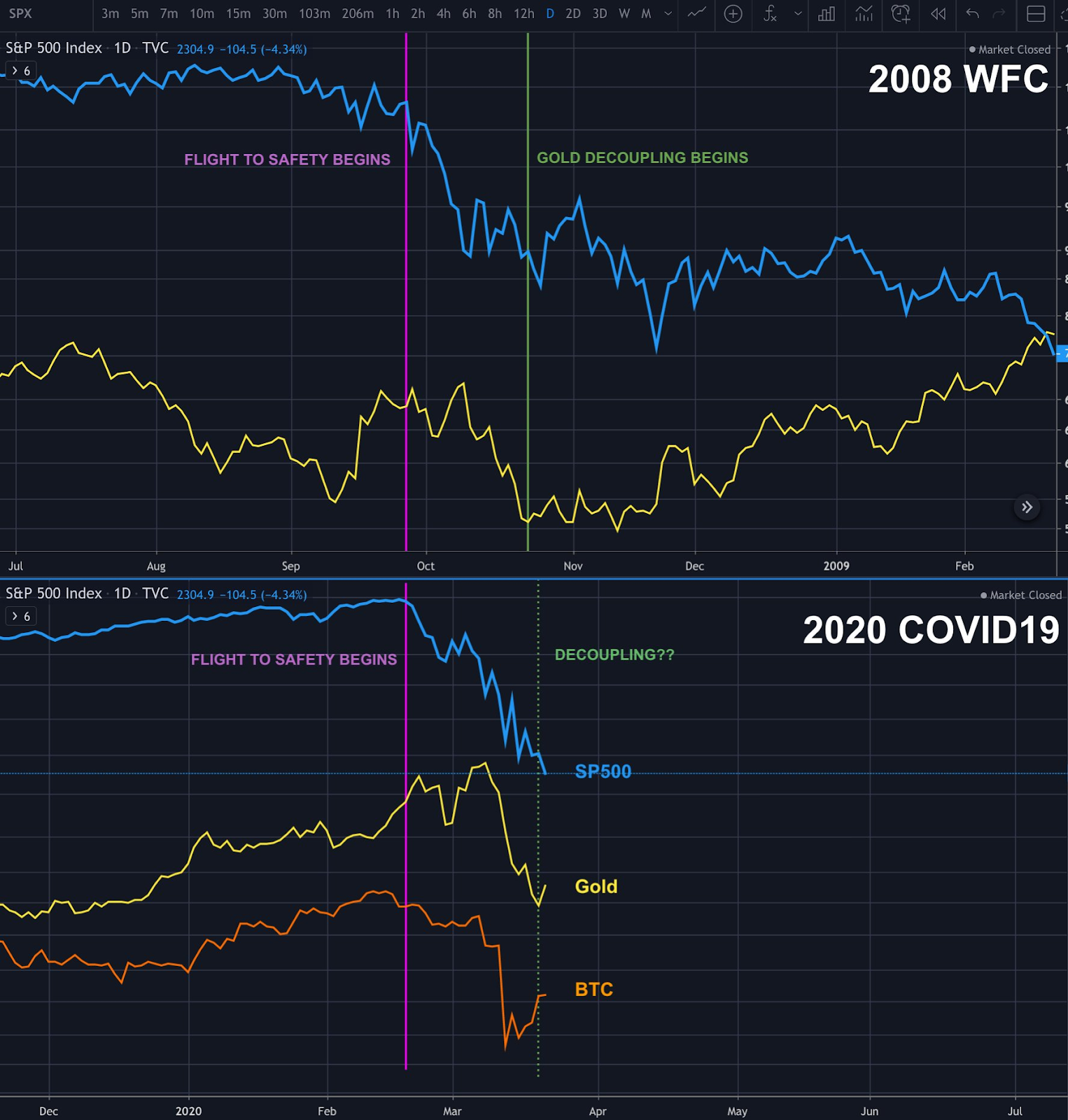 Chart comparing the timelines of the 2020 COVID-19 crisis with the 2008 financial crisis. (Source: Willy Woo)

“Here’s where we are in the timeline compared to the 2008 banking crisis,” the analyst commented on the chart. “Decoupling of safe havens from equities showing hints it may have begun (i.e. when BTC and Gold go bullish). We’ll have more confirmation in a week.”

As most traders exited their risk-on leveraged positions and fled to the safety of the U.S. dollar, all assets, including gold and Bitcoin, have crashed heavily. However, Woo noted that after the “peak fear” has passed, assets that are used to hedge against crises tend to rise in value. This, he explained, is what happened with gold post-2008, and will most likely happen to both gold and Bitcoin in 2020.