After one of the worst weeks in its history, Bitcoin has finally entered what could optimistically be called a consolidation phase. The market was caught off-guard when Bitcoin’s price dropped to as low as $3,800 on certain exchanges on Mar. 12, as many expected the coin will have strong support at $4,000.

While the price has rebounded since and is currently hovering around $5,100, investors still haven’t left panic mode. Many are coming up with theories and predictions on where Bitcoin is headed next, but most are short of any concrete conclusions.

Dovey Wan, the founding partner at Primitive Ventures, told 8BTC that Bitcoin’s latest crash is different from the previous two slumps it experienced because trading markets are structured differently.

However,  in a survey conducted by crypto analyst Willy Woo asking his followers how a global banking crisis would affect Bitcoin, almost 60% of respondents said it would spike in value.

Interesting to see most think BTC will moon. I think BTC will flash dump, then moon afterwards, just like with Gold in WFC 2008. Flight to safety: everything else sells off to USD, then used to unwind leveraged positions, then afterwards havens like Gold and BTC have a bull run. https://t.co/hSscpQXG6n

He explained that Bitcoin’s flash dump will be caused by a “flight to safety”: investors will race to sell their everything for cash, which will be used to unwind all of the leveraged positions they have. Woo, however, noted that the massive dump will then be followed with a bull market for “safe-haven” assets such as gold and Bitcoin.

Earlier today, Woo revisited his 2018 prediction, reaffirming his position that a massive rally is set to follow the crypto market’s latest drop. He said that the market is currently undergoing a flight to safety, which caused Bitcoin to look for the bottom. Once the bottom is in, a strong bullish pressure will be created that’s bound to push its price up.

“It’s this economic environment in the years ahead that Bitcoin was built for.”

According to Woo, confidence in banking sector has crashed to levels that haven’t been seen since the world financial crisis in 2008. 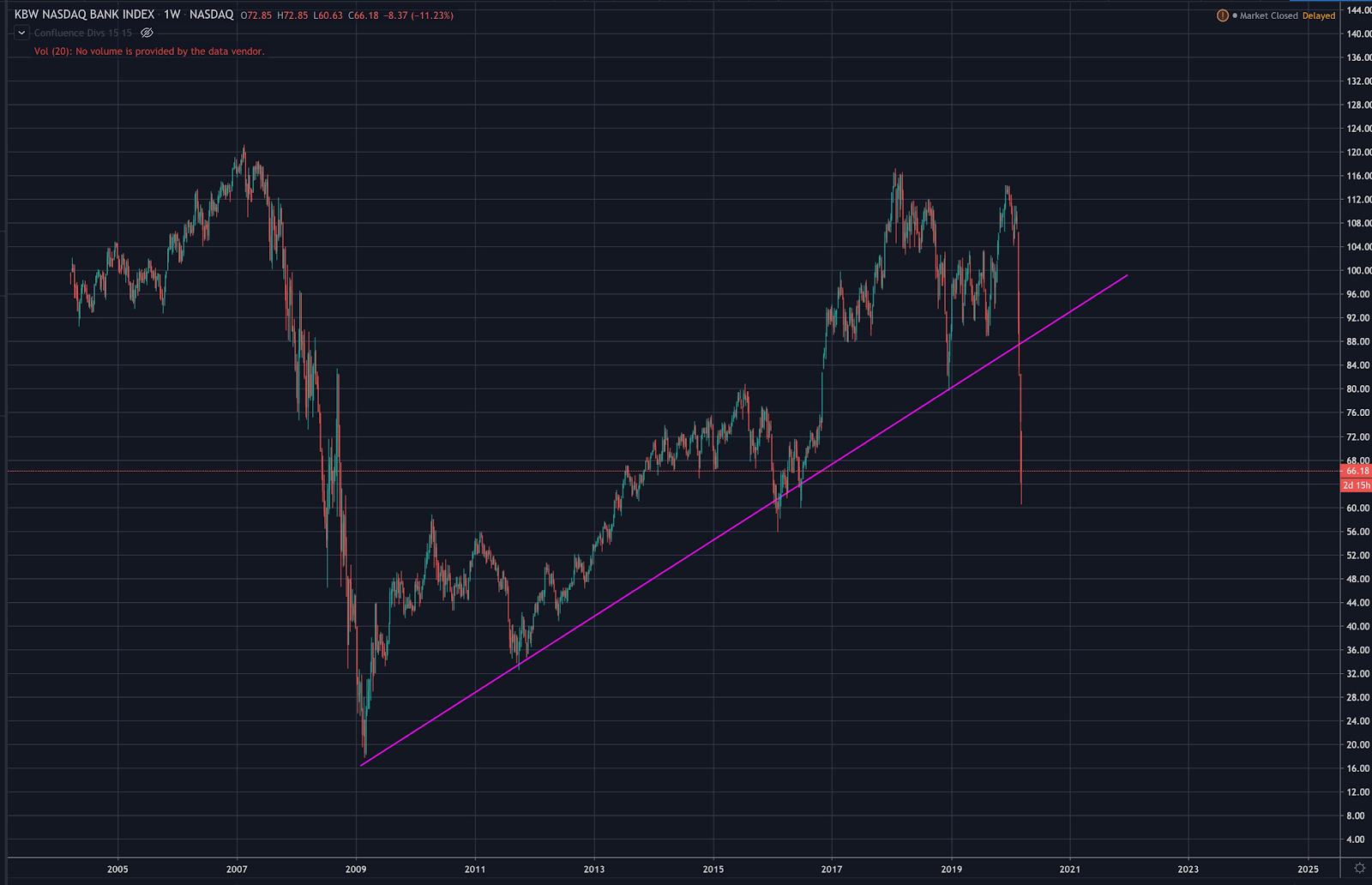 What he believes will be responsible for creating the next bull run is a massive wealth transfer from the boomer to the millennial generation. While inheriting money from the previous generation was always expected, the current coronavirus outbreak might accelerate it.

“$68T of wealth that will  pass hands is now accelerated. Millennials love crypto, doesn’t take much money to move the needle.”

While overwhelmingly positive for Bitcoin long-term, Woo noted that the big dent in Bitcoin’s price chart could be much longer than the previous dump it experienced. It might take a longer time to hit the next bull top, according to the Top Cap prediction model. However, if this prediction comes true, more time will mean a higher top, he explained. 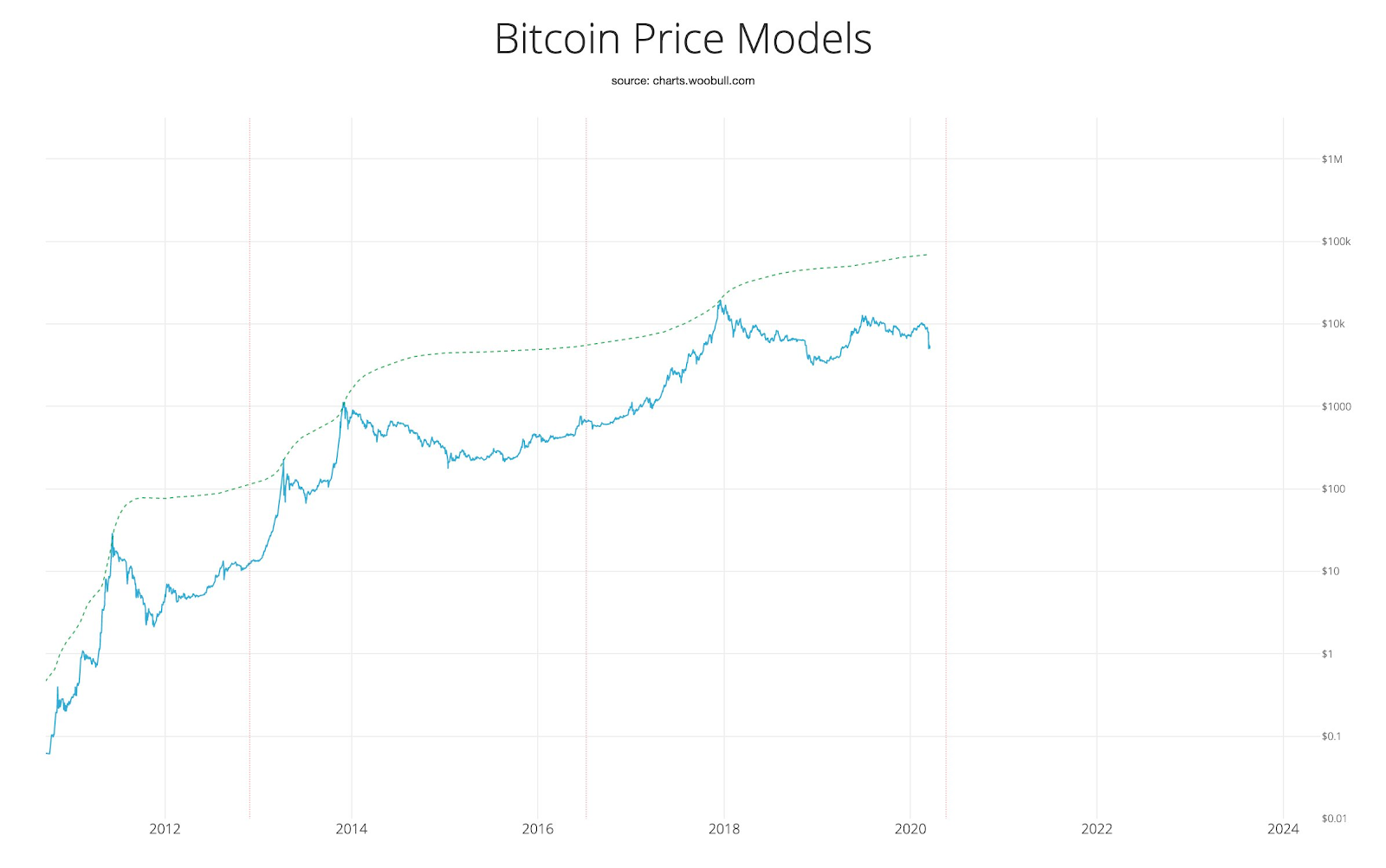 Woo’s positive outlook on the future of Bitcoin is a breath of fresh air in one of the biggest crises the crypto market has experienced. But, however optimistic he might be, he advised his followers to take caution. In the past decade, Bitcoin has only existed inside a macro bull market despite the volatility it experienced. The industry actually has no information on how Bitcoin behaves in a macro bear market, he said, adding that everyone is currently experiencing the known unknown.

Bigger DCEP Test Continues Even as ...